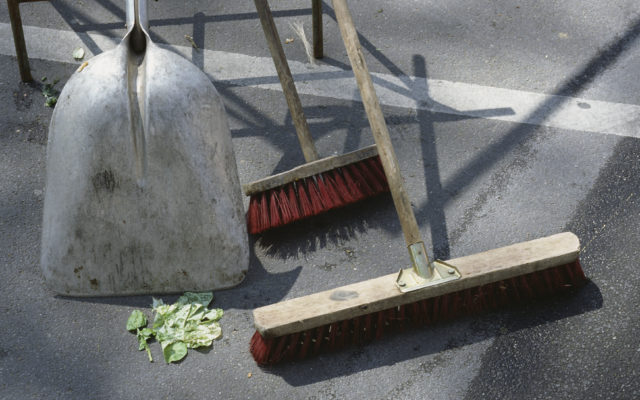 This story puts Tyler Childers’ incredible character on display.
No matter how successful you get, you aren’t above “less than glamorous” work.
No disrespect to the janitorial aspect of entertainment. The two occupations are just fundamentally different!
Childers received praise for helping the venue crew clean up after his New Year’s Eve gig. He had just performed at Appalachia Wireless Arena in the tiny town of Pikeville, Kentucky.
Apparently he grabbed a broom and got straight to work.
Larry R. Miller, the arena’s assistant general manager, wrote in a Facebook post: “FYI….if you weren’t a fan before, you need to be now!”
The post included a pic of Childers and also said, “The guy with the broom helping the Appalachian Wireless Arena cleaning crew is none other than Tyler Childers himself. #stayhumble.”
Childers played three shows there leading up to New Year’s at the arena, which is located near his Kentucky hometown.
I am not insinuating he normally doesn’t clean up after himself because that’s simply not true.
But maybe there was something about him being so close to home that urged him give it his all. In every sense of the word.
More about:
broom
Childers
clean
crew
Tyler
venue