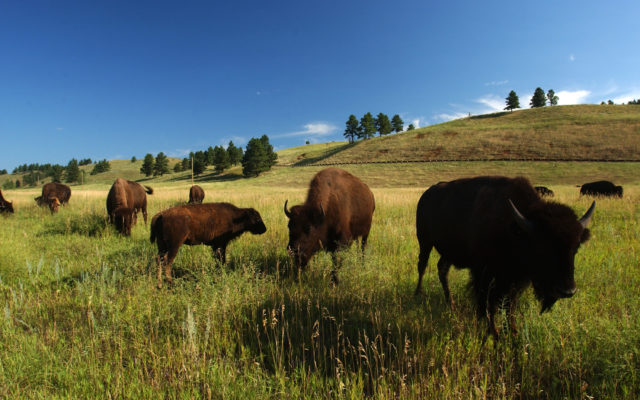 393346 04: Bison graze in Custer State Park, August 13, 2001 in the southern Black Hills of South Dakota. Millions of bison were slaughtered by white hunters who pushed them to near-extinction by the late 1800''s. Recovery programs have brought the bison numbers up to nearly 250,000. (Photo by David McNew/Getty Images)

Seriously? Many of us have made the drive up to South Dakota to check out Mount Rushmore and the buffalo in the park. There are tons of signs warning you about keeping a safe distance from the wildlife there. My kids were floored about how they just wander up by your car. Check out this brave, or should I say,  not so smart biker chick here